Let’s talk about success.  Take a look at these 7 keys to success:

They are not a big secret, this is not even new information.  If you are a self-help enthusiast, you may have heard these statements before.  So, as a review before we get to the New Year, let’s examine them for some ways to make them our own and perhaps part of our decision to make 2013 a success! 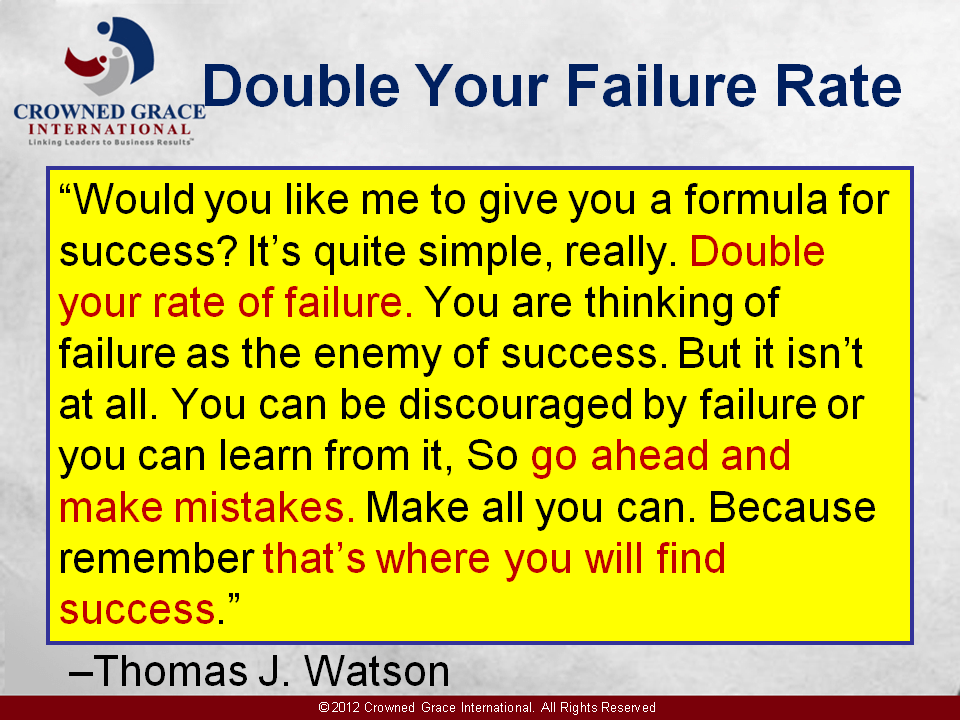 The thing about failure is it is an opportunity to learn. If you allow it, failure can motivate you to try harder the next time. Do you know when you will be a success at anything you attempt? Right after the last time you fail! 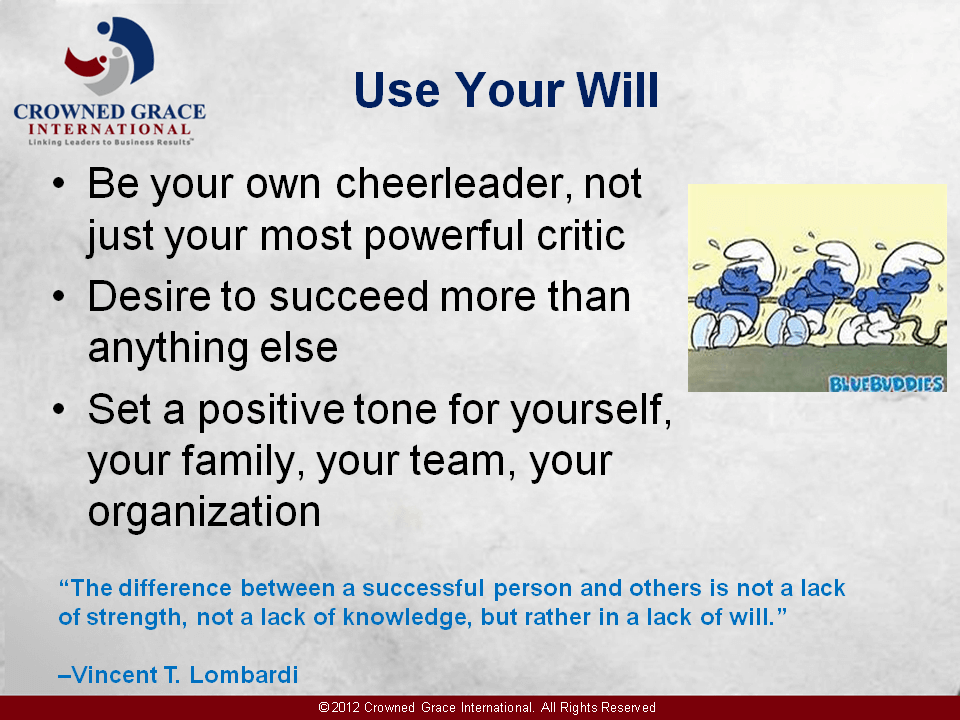 You know that little voice inside you that says “keep trying”, “come on – pull harder”, “don’t give up”. You have to want to succeed more than anything else – almost like you can taste it. And then you need to set a positive tone. Negative thoughts can kill a dream, but a positive tone can be contagious. So set a positive tone and be responsible for an epidemic of success!

4. You Need Determination and Commitment. 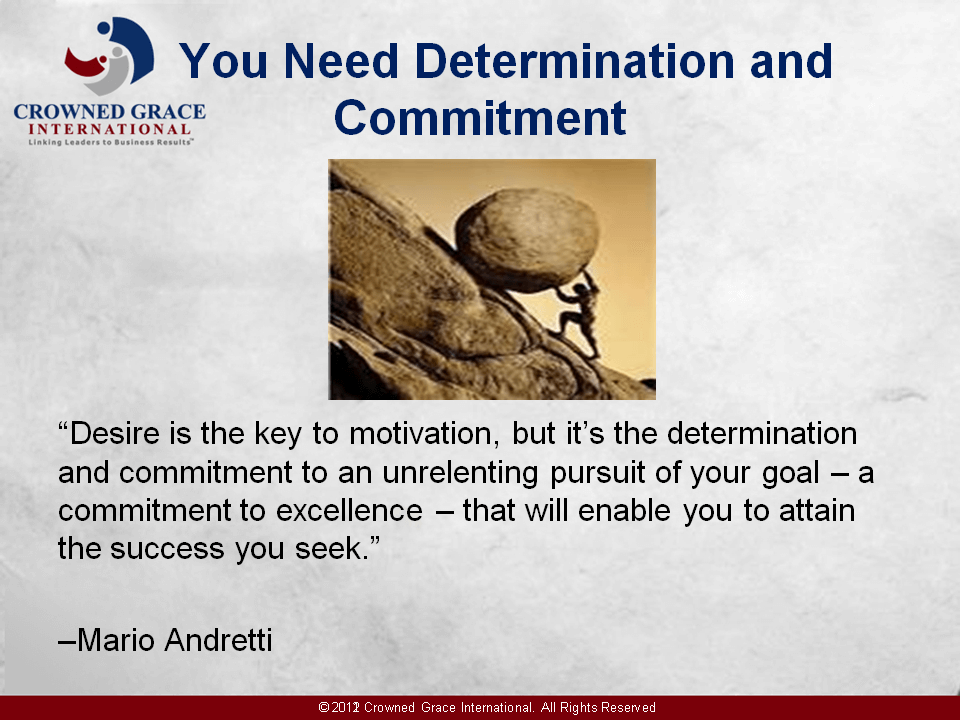 You need the “gotta wannas”. Example: for the sports fans out there, you may have seen the Redskins game vs. the Ravens, when the superstar rookie quarterback, RG3, took a bad hit and bent his leg in a way that a leg should not bend. But RG3 was determined not to let his team down. He came off the field for one down and then went right back out there. In the next couple of plays he was hurting so bad that he could barely plant his foot to throw a pass, but he did it. He even had to limp about 20 yards to the line of scrimmage. Finally, he couldn’t go any further and had to drop to his knees and be helped off the field–but not before he put his team in a great position. In just two more plays, the backup quarterback was able to tie the game and send them into overtime, and the Redskins went on to win. That’s “gotta wanna”. That’s determination!